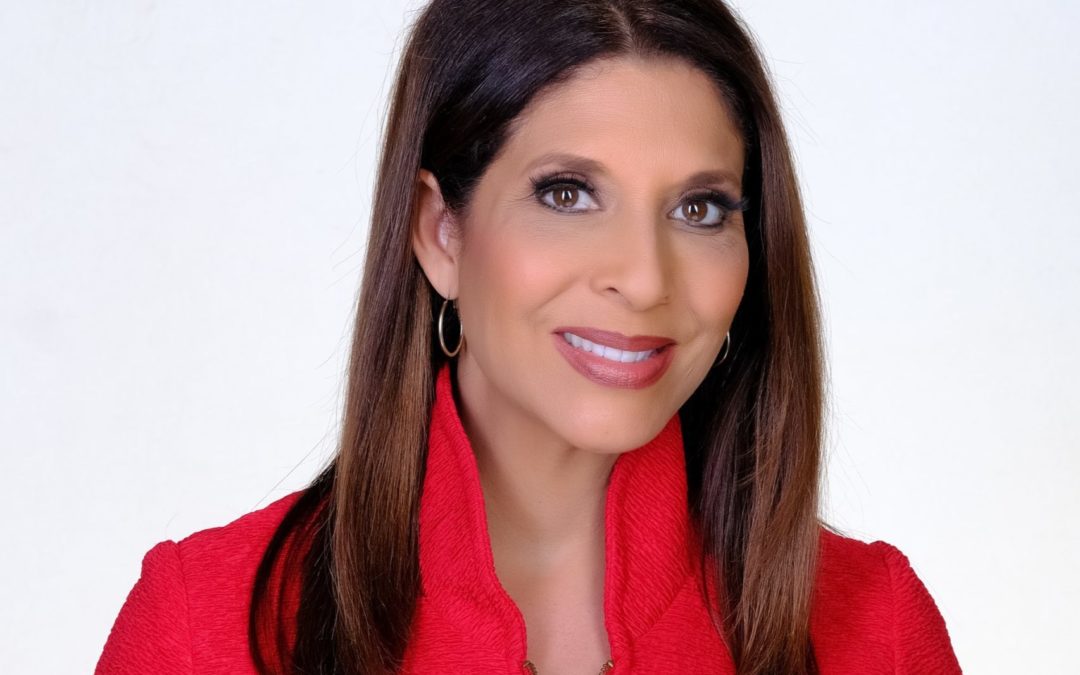 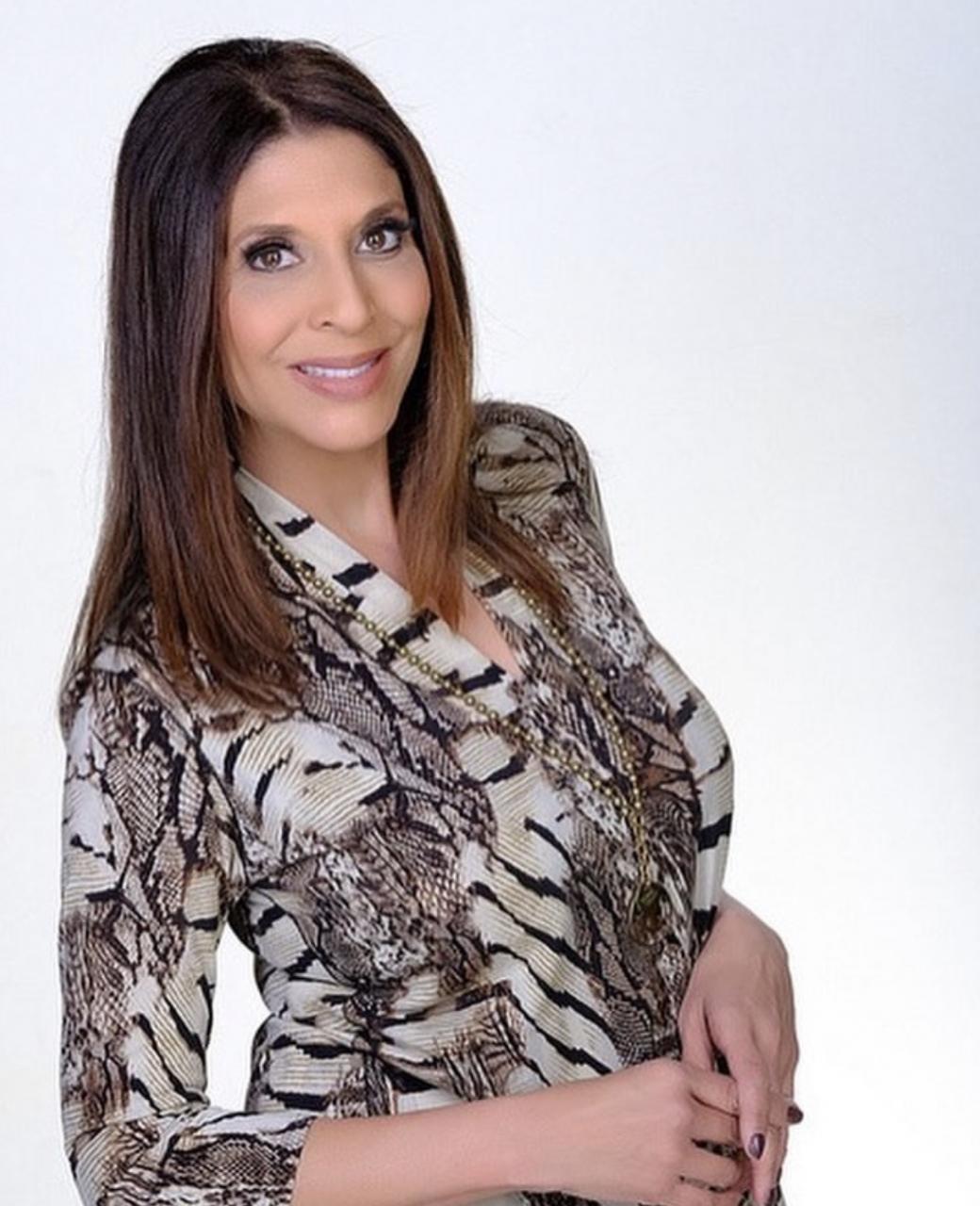 This week in our “Empowered Woman of the Week” column, I chose a real boss babe, Christine Devine. Christine is the weeknight anchor at Fox 11 News. She has won 16 Emmy’s, including the Governor’s Award. She has won numerous other reporting awards such as Golden Mikes, as well as charitable awards, including The Gracie Allen Awards, and the Anna Quindlen Award for Community Service, and many more. Christine has worked at Fox 11 in LA since 1990! She is a graduate of the Walter Cronkite School of Journalism and Mass Communication at Arizona State University.

I chose Christine because not only does she excel at her job, but when she is not busy with her work schedule, she is constantly giving back to her community and to her planet. Christine is dedicated to so many charity organizations. She even created “Wednesday’s Child”, An adoption TV segment that has helped place the adoptions of over 500 foster children. In 2009, Christine received The Congressional Award in Washington DC for her efforts in helping these foster children find homes. Christine also wrote a book called “Wednesday’s Child”: Find a Forever Family, A News Anchor’s Notebook.

Christine also was part of a non profit organization called The Good News foundation which was founded by five LA news anchors/reporters wanting to honor the good in Los Angeles.

When not at the Fox 11 studios, a public speaking event, or at a charity event, she may be on the big screen. Christine has appeared as a reporter in TV shows such as Melrose Place, Prison Break, 90210, as well as films, such as Independence Day and The Cable Guy.

If you check Christine’s social media platforms you will see just how dedicated she is to causes and charity organizations. She is always supporting others, which to me is the very definition of an “empowered woman” and a real “boss babe” AND an all out amazing human being. She is so selfless, and she discusses below just how important it is to be there for others and do for others. Christine loves to travel and loves her family so much. She also loves fashion and her wardrobe, which I can tell. Every time I see Christine, she is always immaculately dressed and on trend. Christine is such a lovely person and I was so happy when she agreed to do this interview. In this generation, it is still good to see such a wonderful role model to young women! Now, I don’t want to spill too much, so have a read and enjoy! 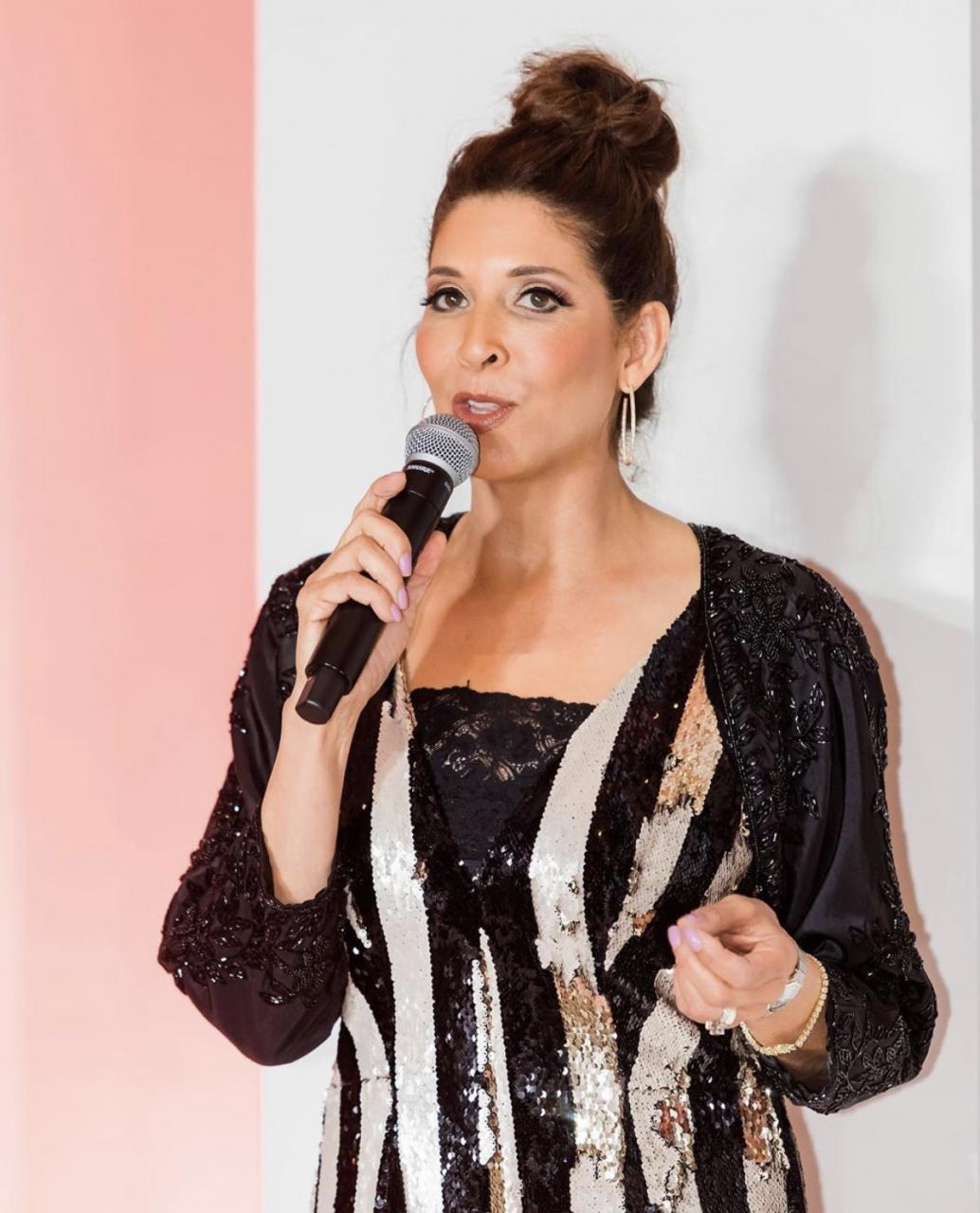 1. Tell me your full name, age, and where you’re from.

Christine Devine – Born in upstate NY. Grew up in Arizona.

2.   Tell me a little about your upbringing? What were you like as a young girl and teenager?

I was born to a single mother and have not met my birth father in Brazil. When my mom married, she and my (step) father had a girl. So I have a sister. They adopted a boy(who has since died), and later fostered refugee children from Vietnam. As my parents were both educators we were very involved with school and activities. We tried many things, but mastered none. As Arizona kids, swim team was big. In high school it was student government and cheerleading. 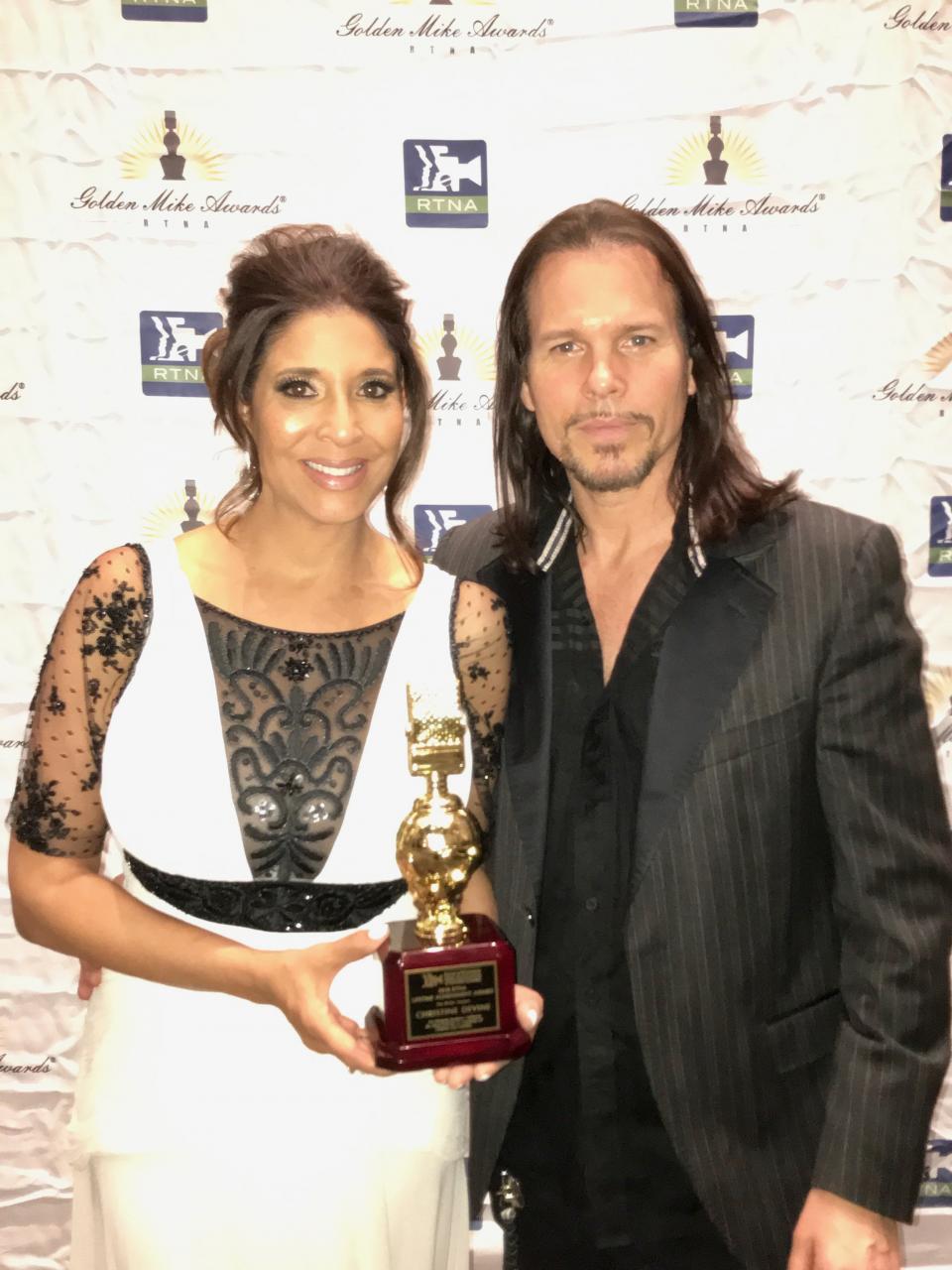 I had wanted to be a teacher, but then got the idea of being a reporter. I took a broadcasting class in high school and doors continued to open from there.

NO, I did not envision this (Los Angeles). I had wanted to be a home-town anchor in Phoenix! 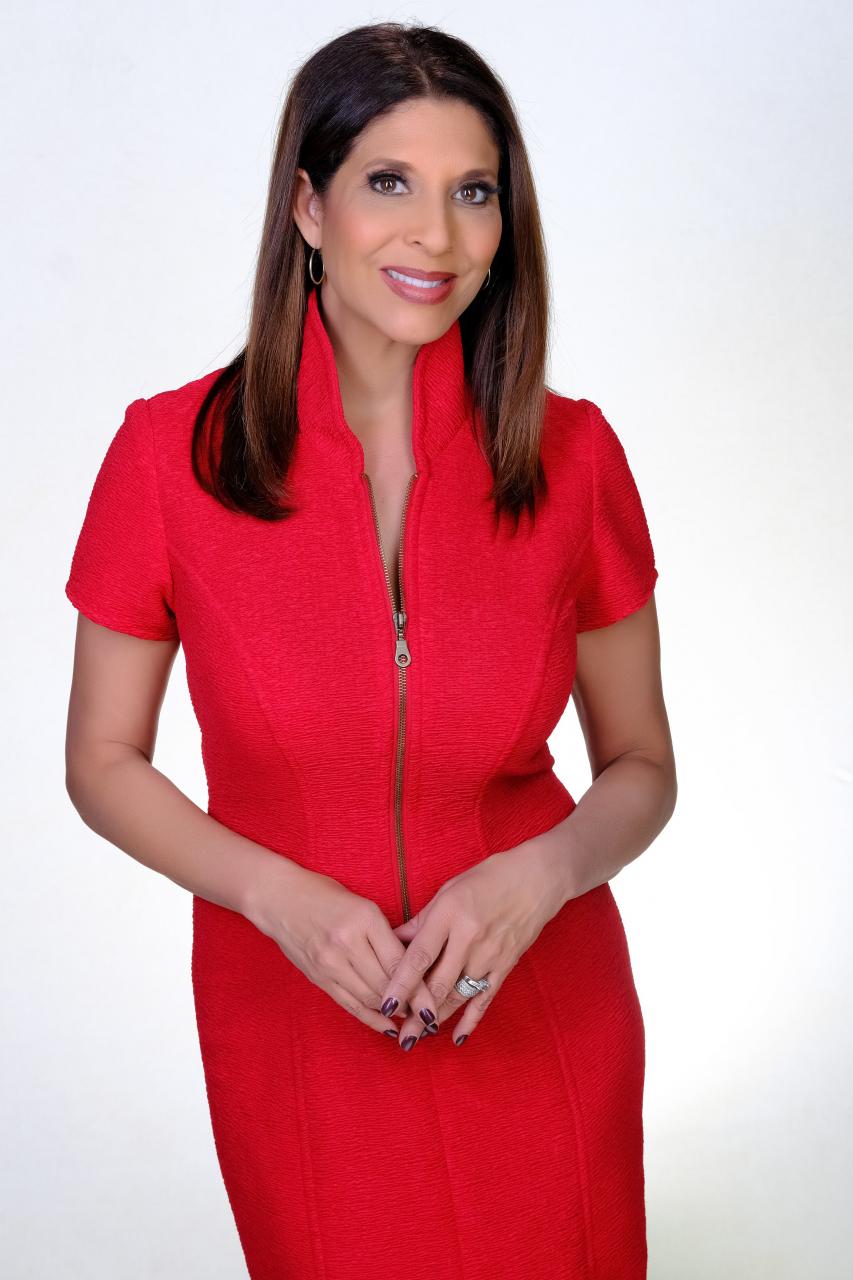 4.  When did you move to Los Angeles and how come?

I moved to Los Angeles in 1990 to be a weekend anchor. Within a year-and-a-half the weekday slot opened up. I credit my agent who believed in me more. 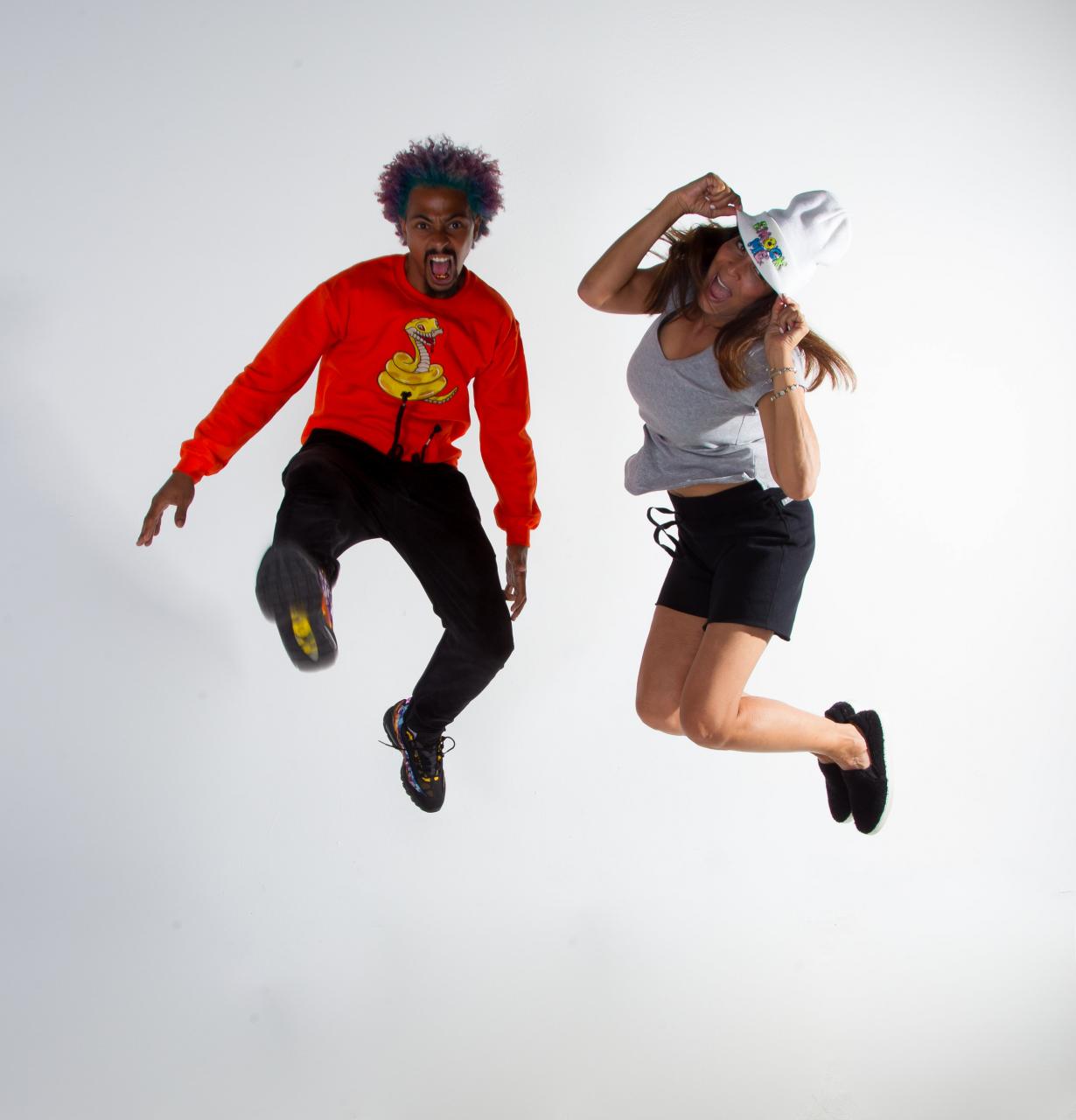 5.  How did you get started doing what you’re doing and how did you really start to become successful? What does success mean to you?

My start was the internships for me, that allowed me to make a reel. That reel got me my first job out of college. I went to San Angelo, Texas to be weekend anchor, but by the time I arrived after graduation, the weekday slot had opened up. I started in this small market as the weeknight anchor. My second job brought me back home to Arizona, to Tucson. That was exciting as my family could watch. I was working in Los Angeles at the age of 24. 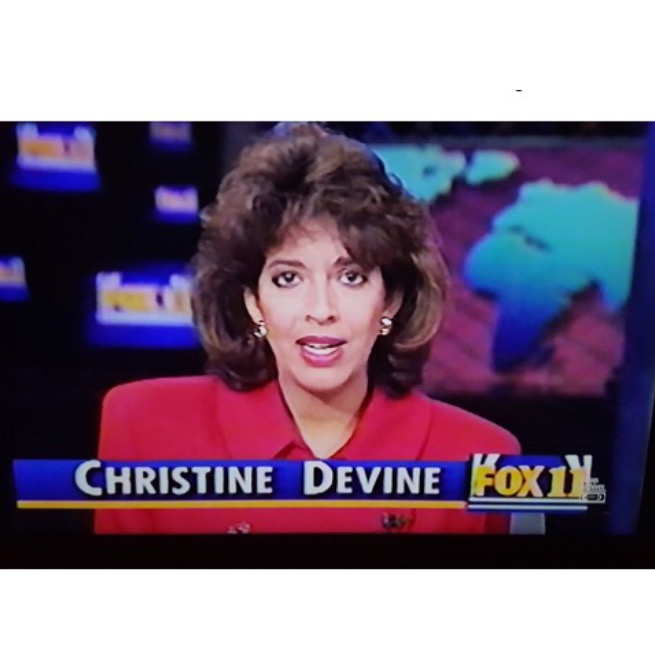 Success to me means being financially stable, with a fulfilling career, opportunities to tell the stories of my choices, surrounded by loved ones. 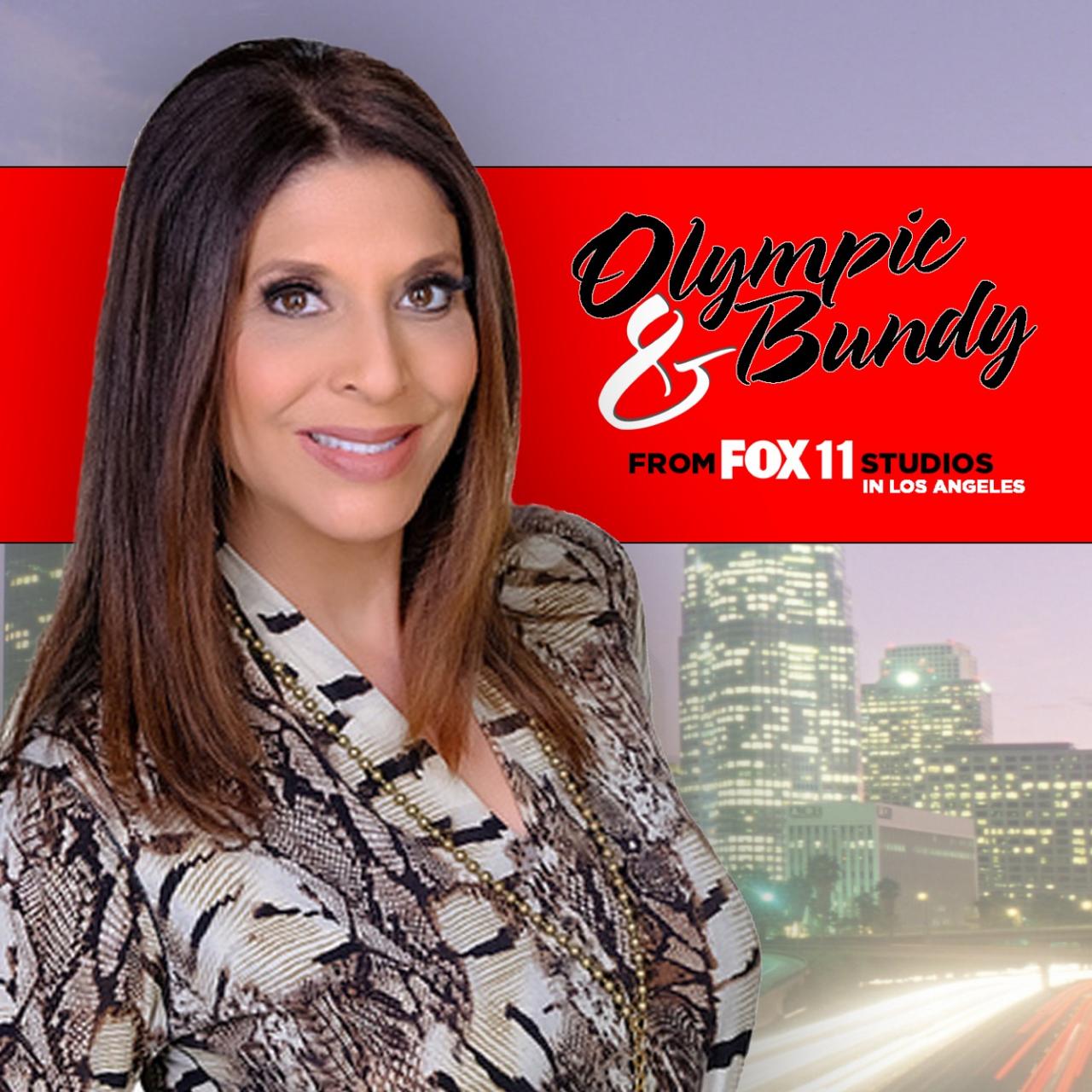 6. Tell me about your business/career and the projects you’re currently working on?

My job is a weeknight anchor (5/10pm news) and host of the Wednesday’s Child adoption segment on Fox 11 News. 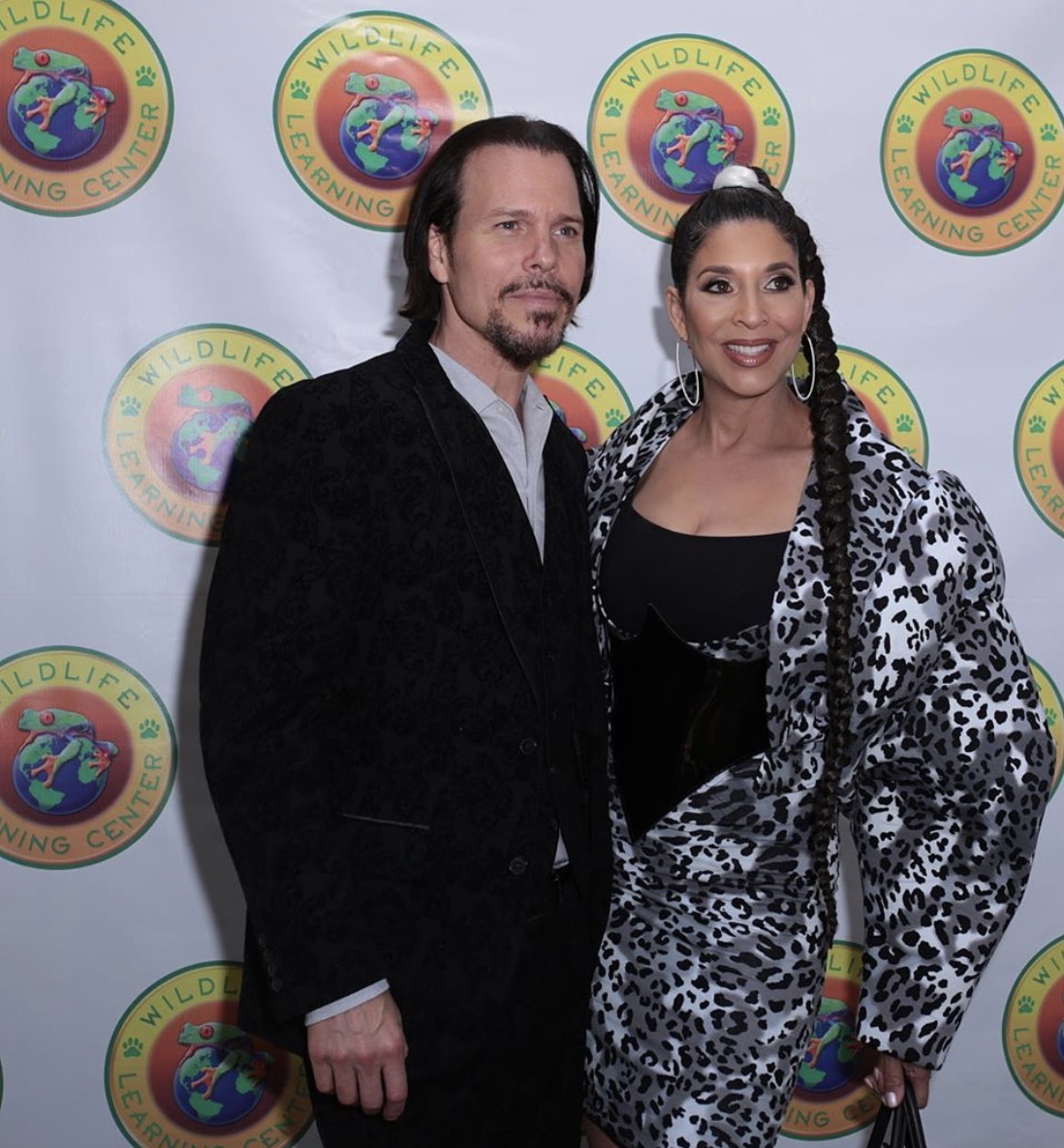 7. What is your greatest achievement thus far?

My greatest achievement: getting married (it took awhile!) 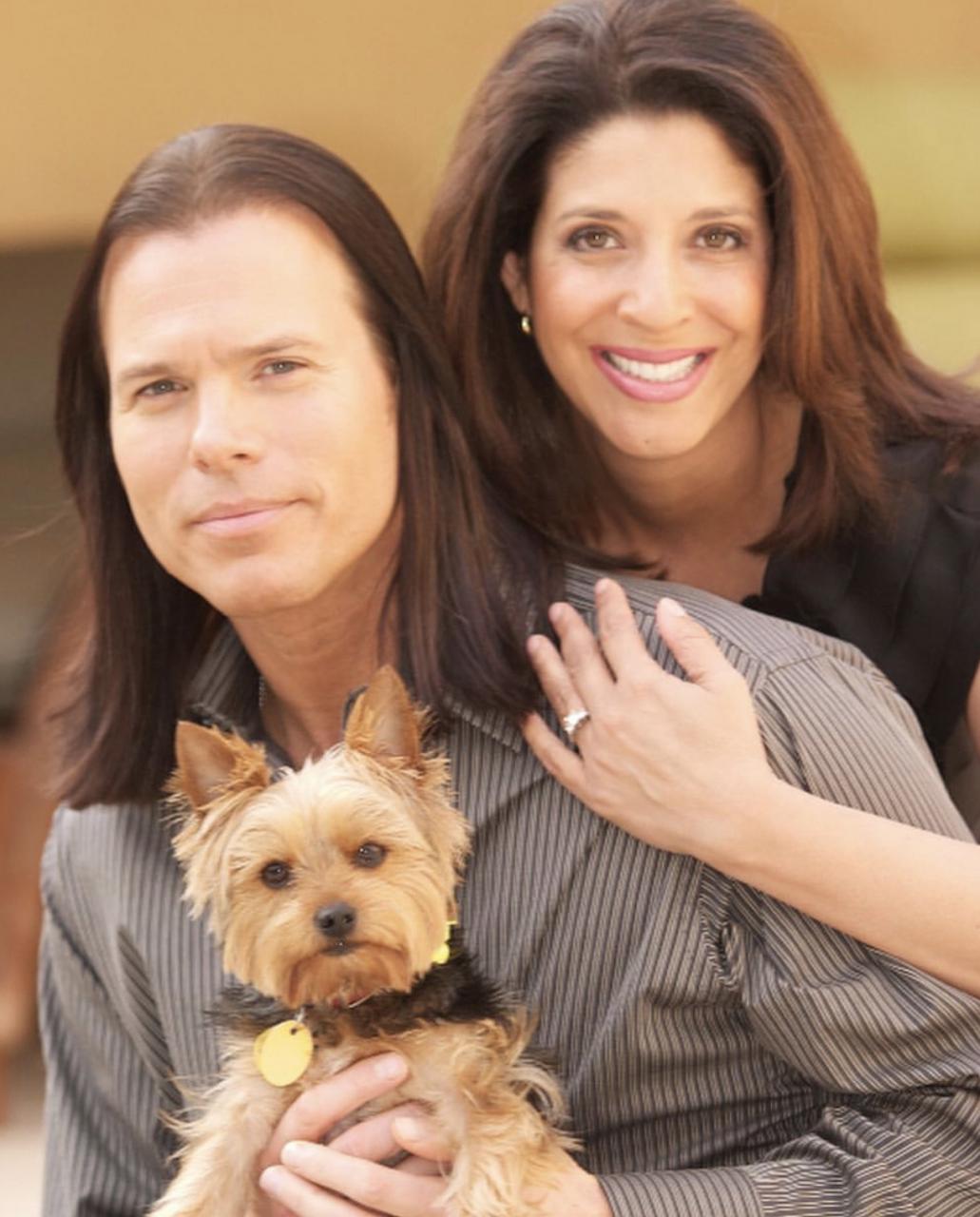 8. For people who want to build or grow their business or brand, what advice would you give?

To build any business, plan to work very long hours.

9. What career and life advice would you give young girls who look up to you?

As for career advice, anyone wanting to work in news should look into journalism classes in high school. In college, I say you need to major in Broadcast Journalism, so that you can master the equipment and the news business itself. Find a university (like Arizona State) that actually has a student newscast. To stay successful also find time to rejuvenate. 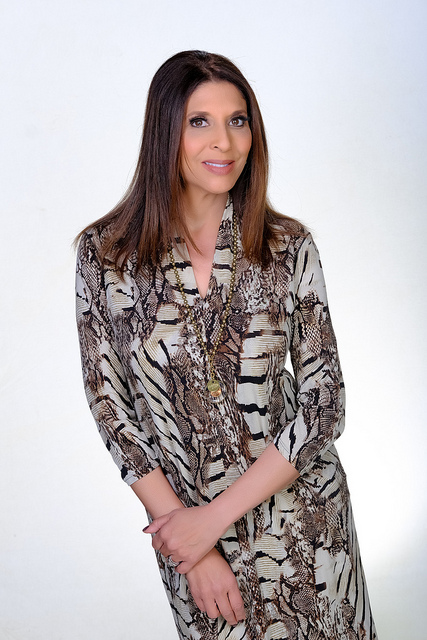 10. What are you most looking forward to in the future?

11. What is your ultimate life goal?

My ultimate life goal is to contribute to the betterment of mankind. 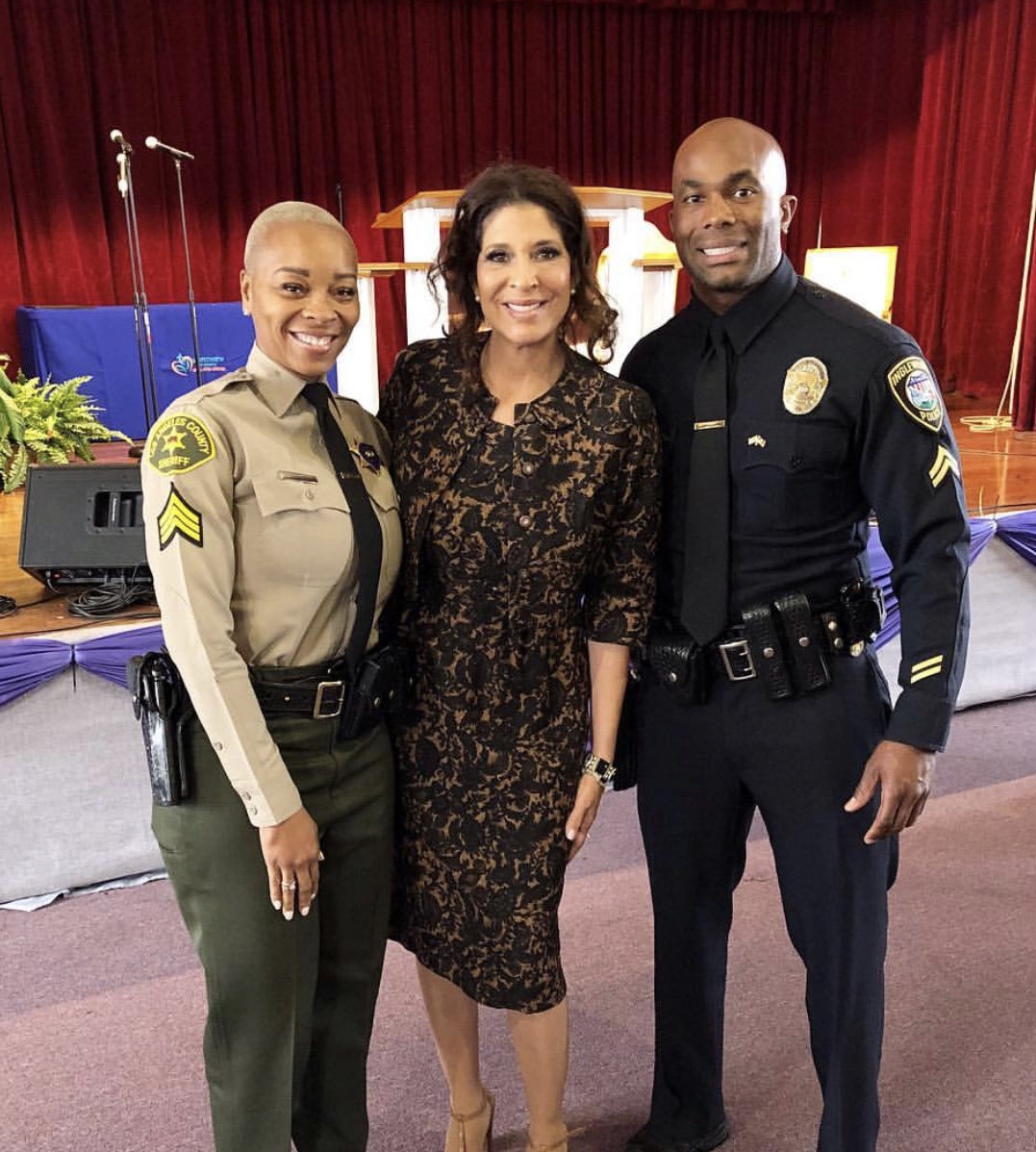 12. What are things that people assume about you, that aren’t true?

I’m not sure what people assume of me. Perhaps the biggest question I get is about my ethnicity. My mother is American of European descent and my birth father is from Brazil.

13. What is something most people don’t know about you?

What don’t people know? People may be surprised to see a family photo. We are all like The United Nations, given the foster and adoptive children. 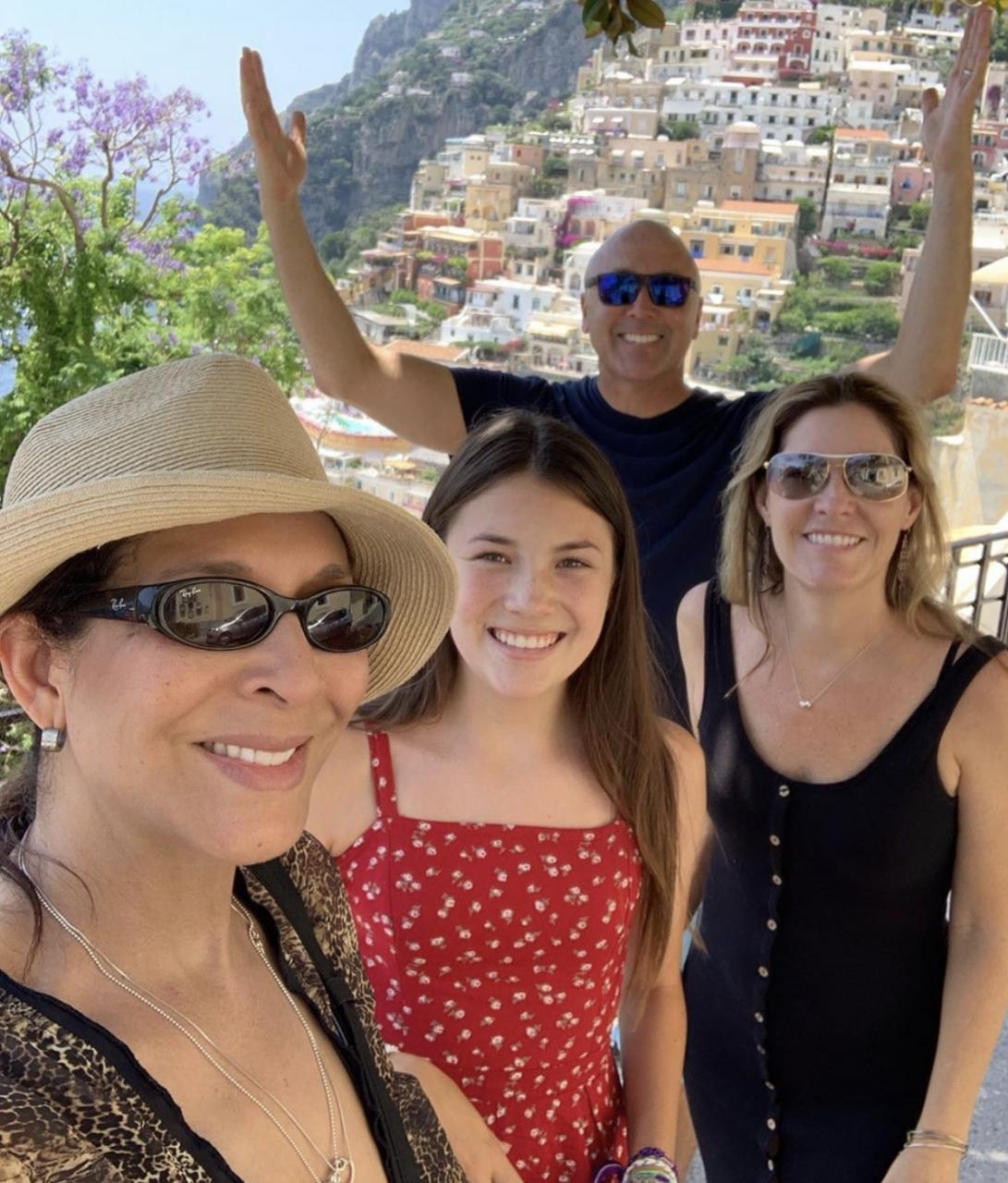 14. Why do you think women empowerment is so important?

I think PEOPLE empowerment is important! But when it comes to women, there are issues of equality that continue to surface, even in MY workplace. Women empowerment means supporting women in the workforce, and as mothers, girlfriends, and wives. 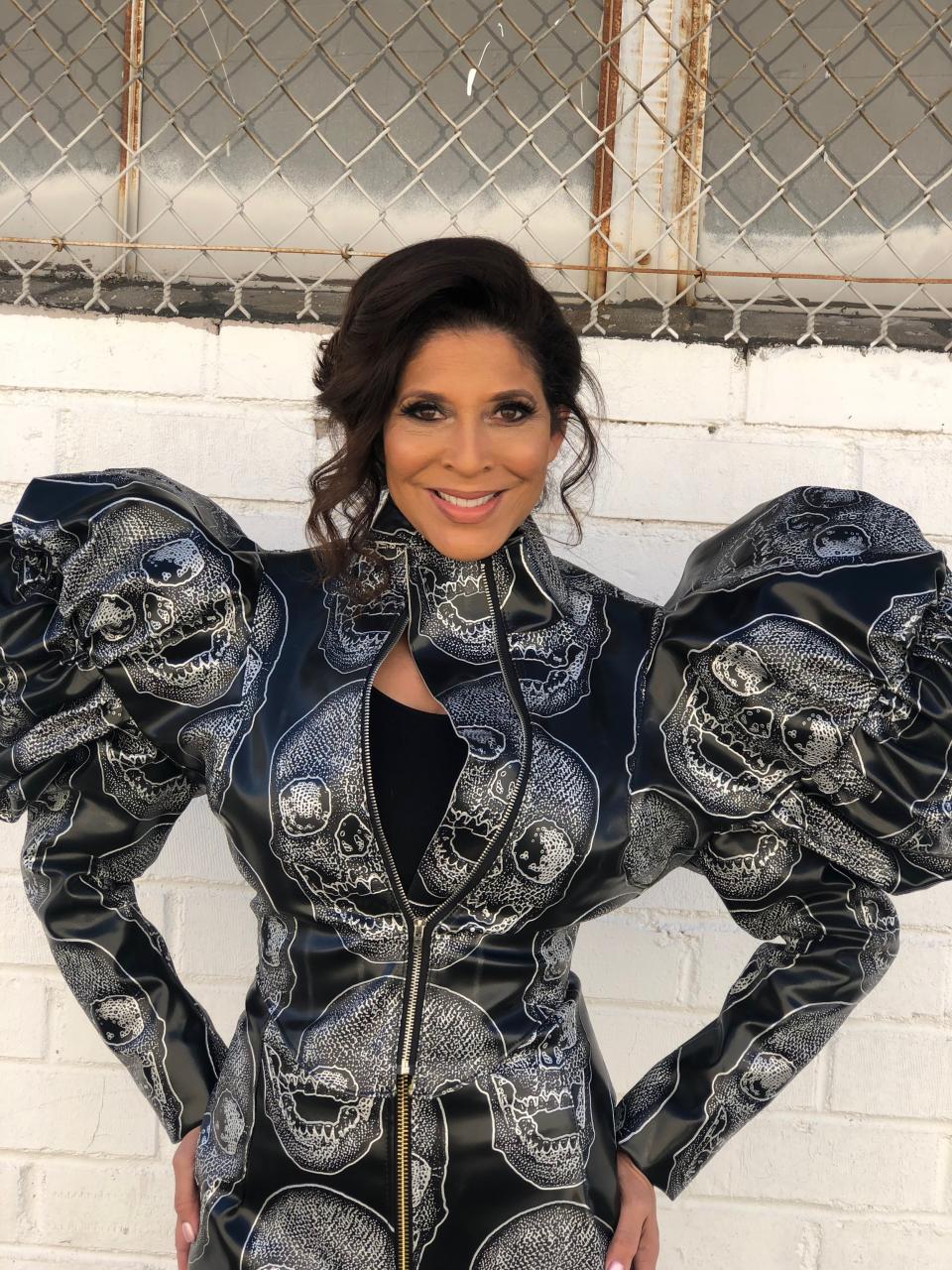 15. What would you say your best qualities are?

My best quality is my willingness to constantly be a student of life.

16. How can women support each other more?

Women can support each other by remembering that different doors are going to open for one another. Support someone in their journey, as their journey and outcome will be uniquely different to your journey, opportunities, and gifts. 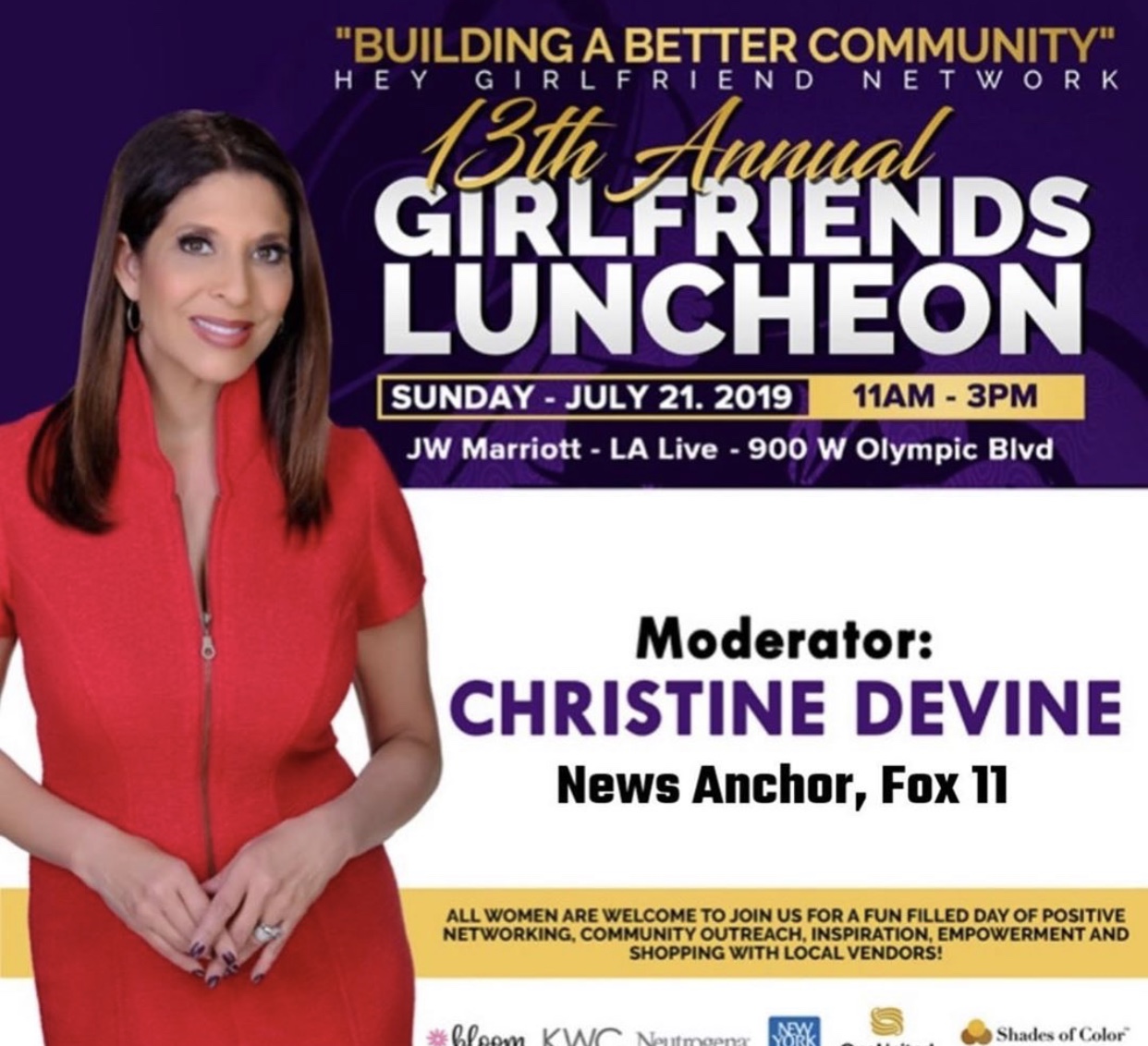 17. How can women feel more confident?

Women can feel more confident by being a continuous student, with the understanding that there will always be life lessons to learn. So, just DO YOUR BEST! 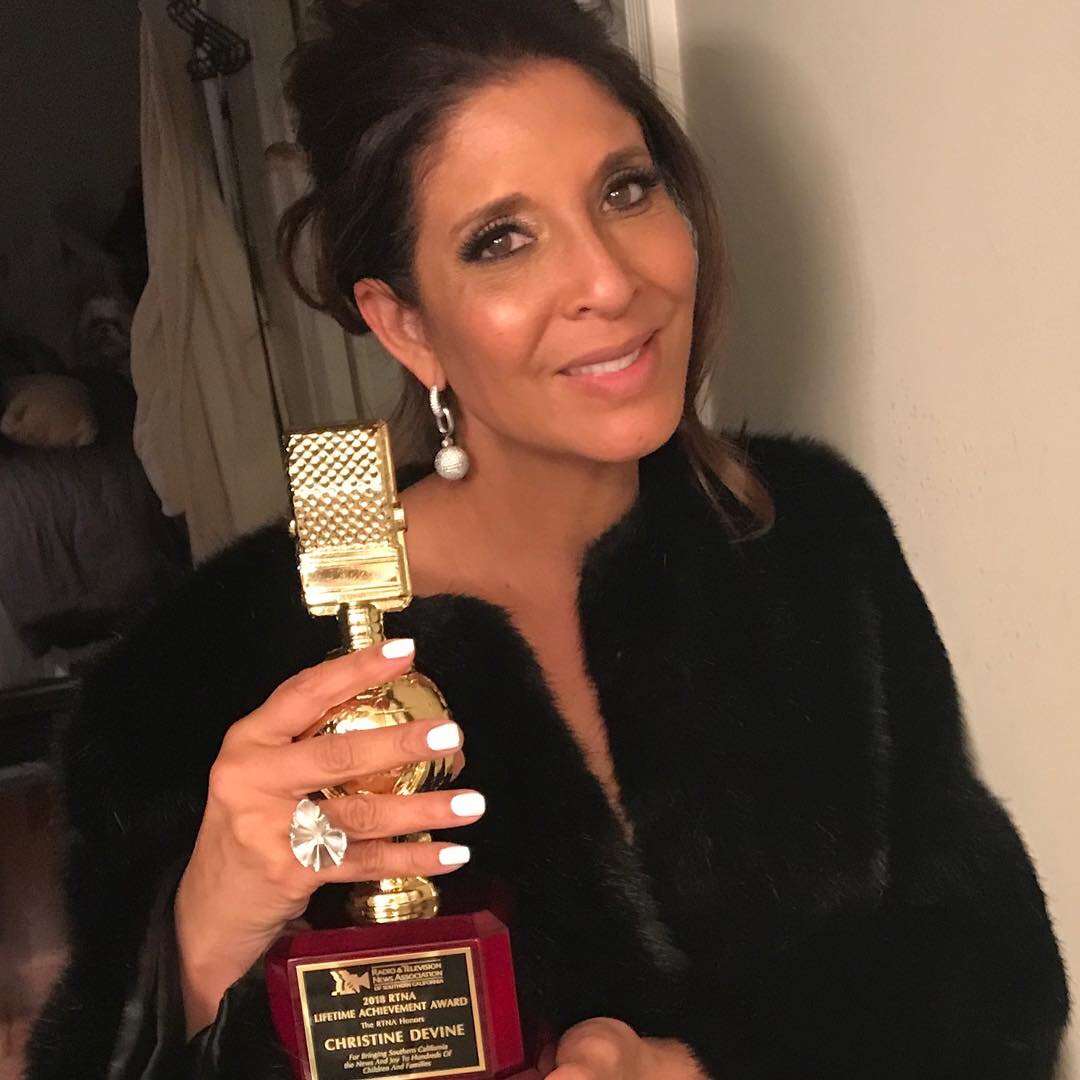 To overcome insecurities, keep chipping away at them. Take a class, get a mentor, read a biography, join an organization, find quality friends, spend time with family, exercise, eat healthy, learn to forgive yourself, and practice self-preservation. Most importantly, get out of the “SELF” and do something for someone else. 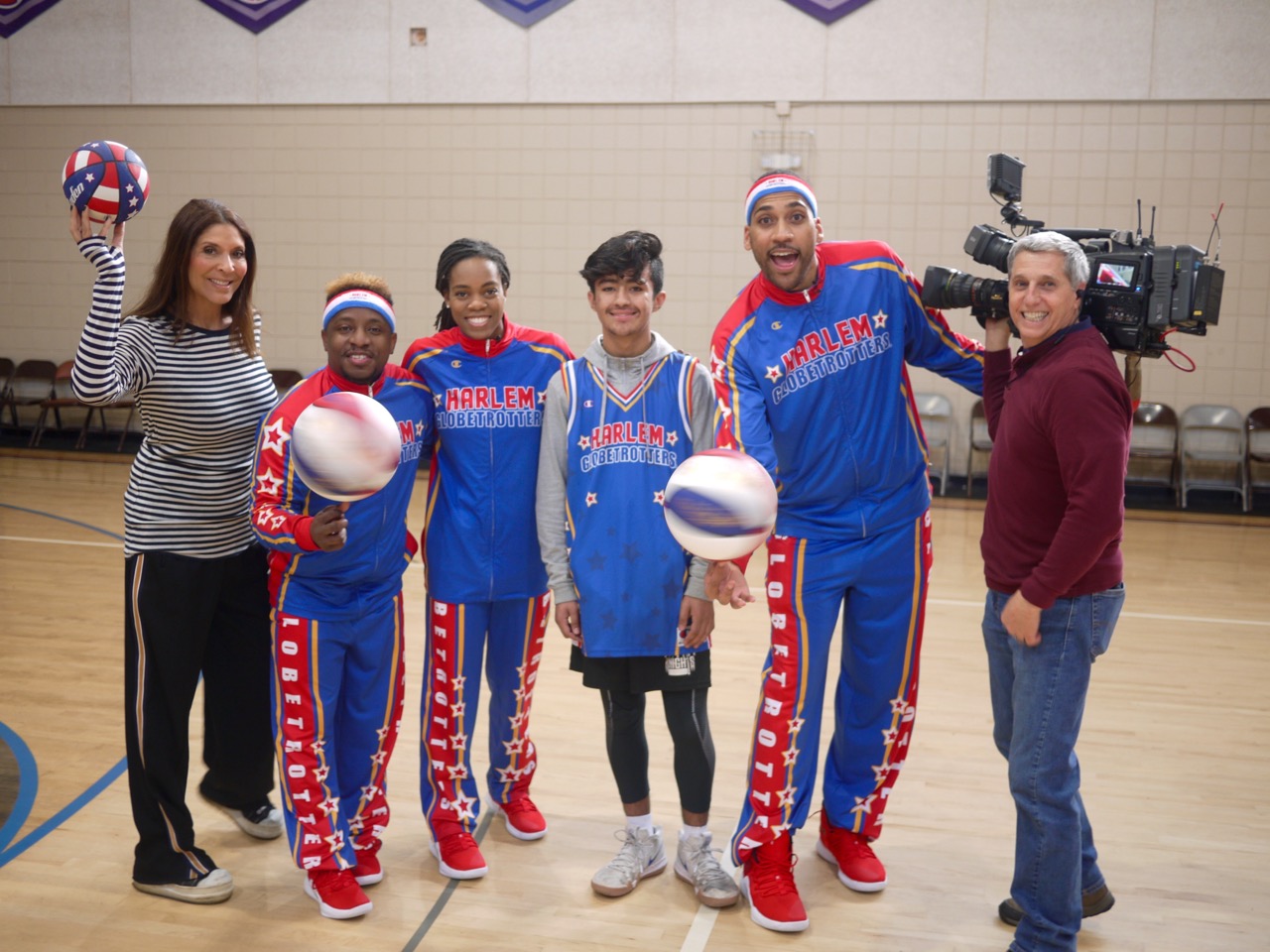 19. What are the things in life you value the most?

What do I value most…? My niece, my husband, my dogs… and my fashion/wardrobe. 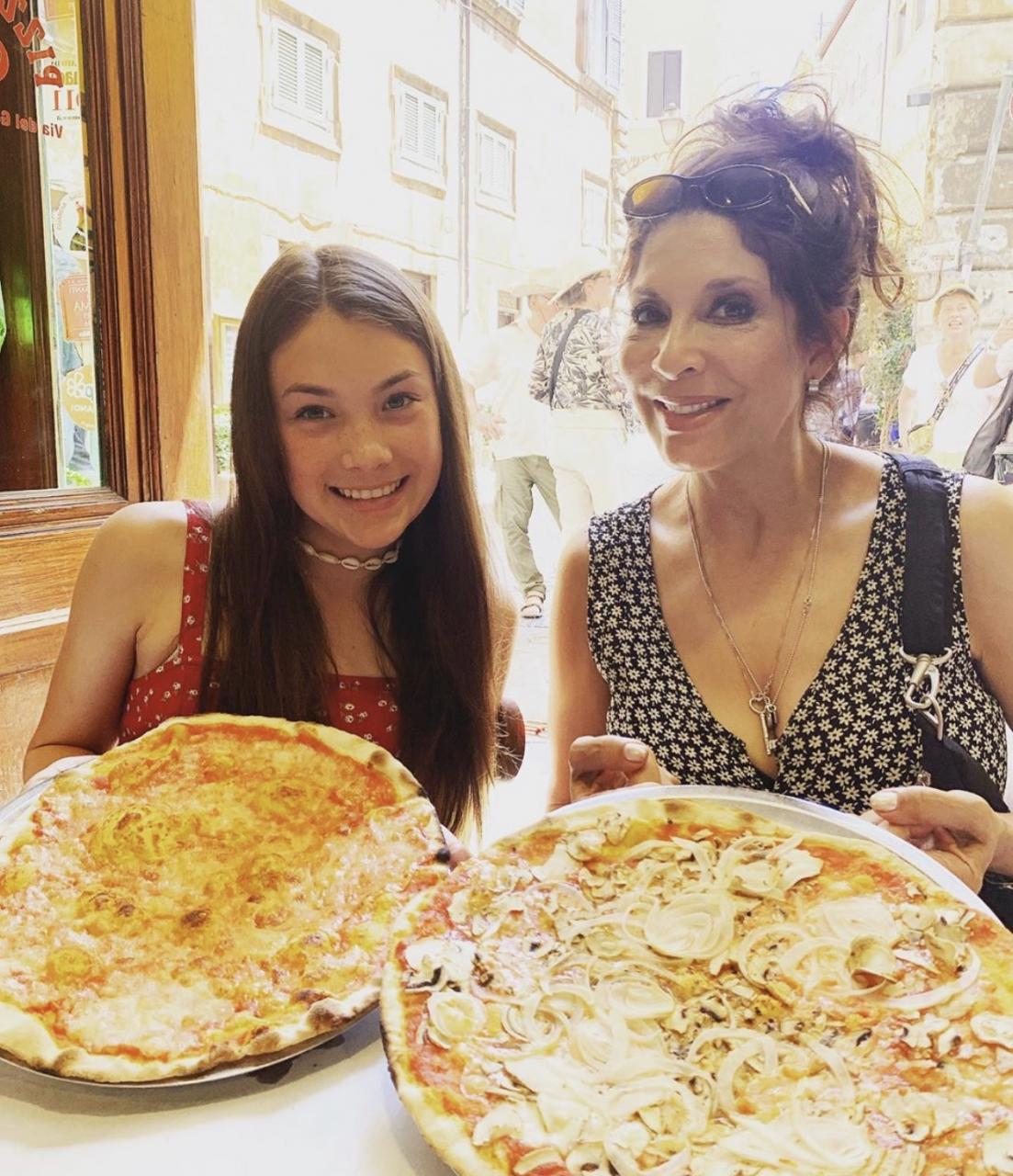 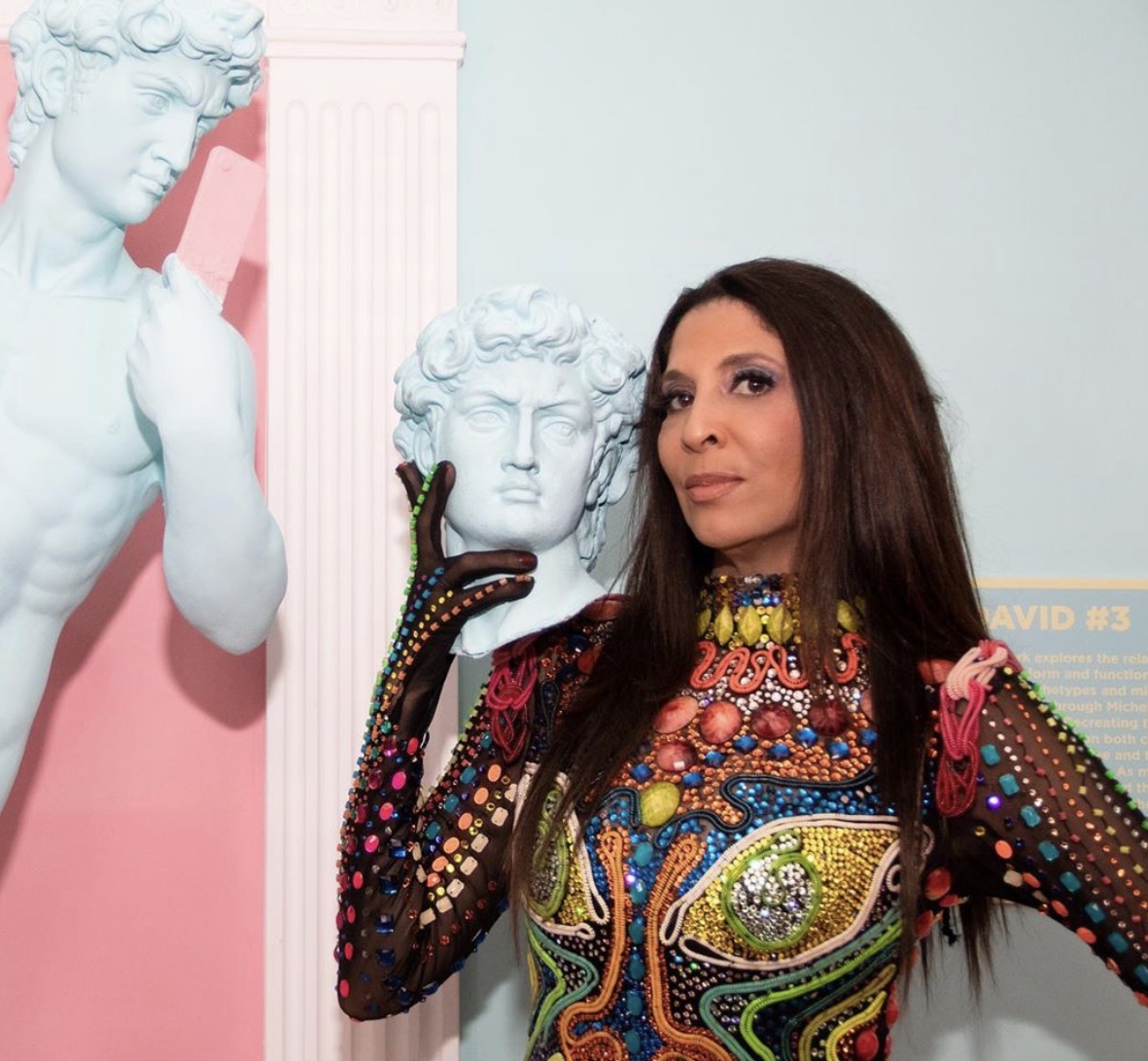 20. What does it mean to you, to be an “empowered woman”? How did you become empowered?

Learn the power, and empowerment, of saying “NO.” 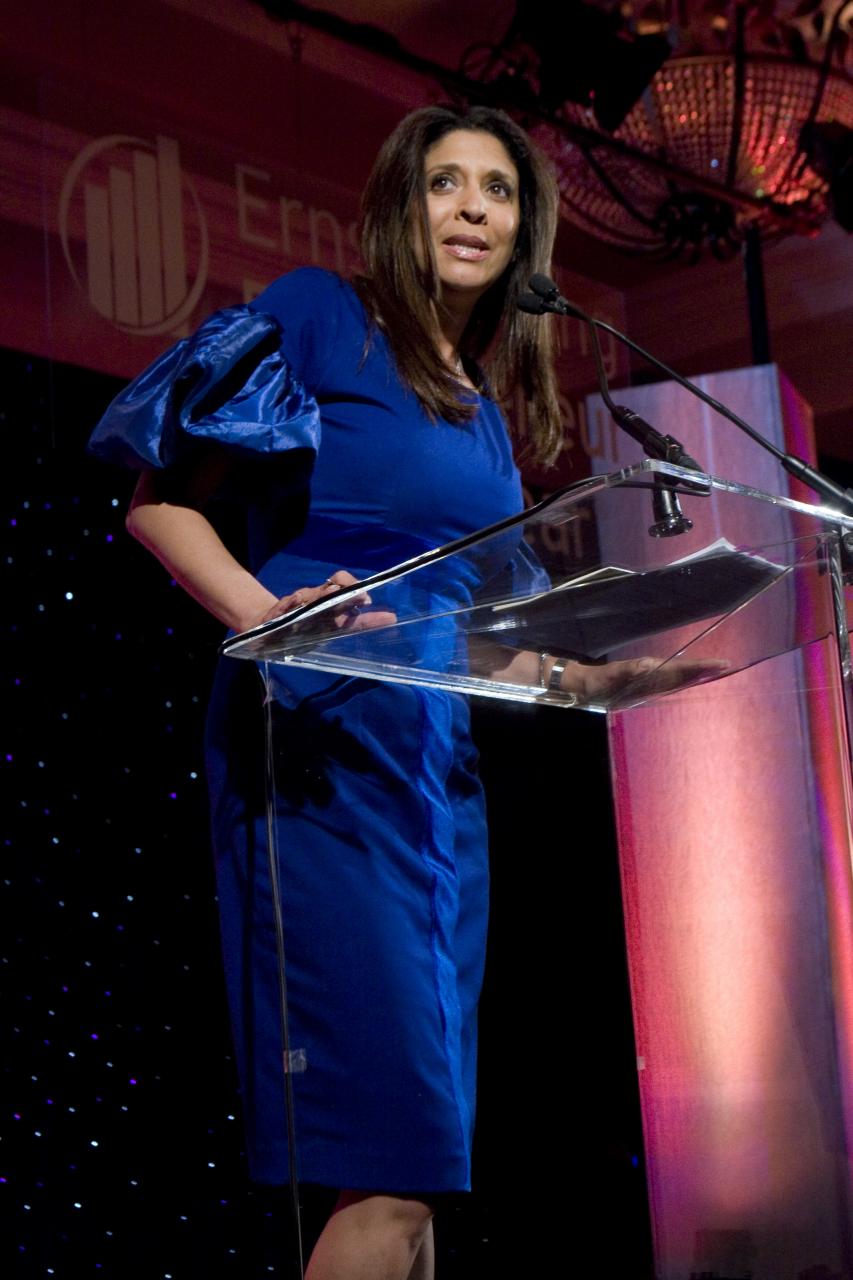 Thanks so much Christine for the interview. I know you are truly so busy. I appreciate you!

You can also tune into watch Christine weekly at 5pm and 10pm On Fox 11 News. Watch from your TV or live on your smart phone at 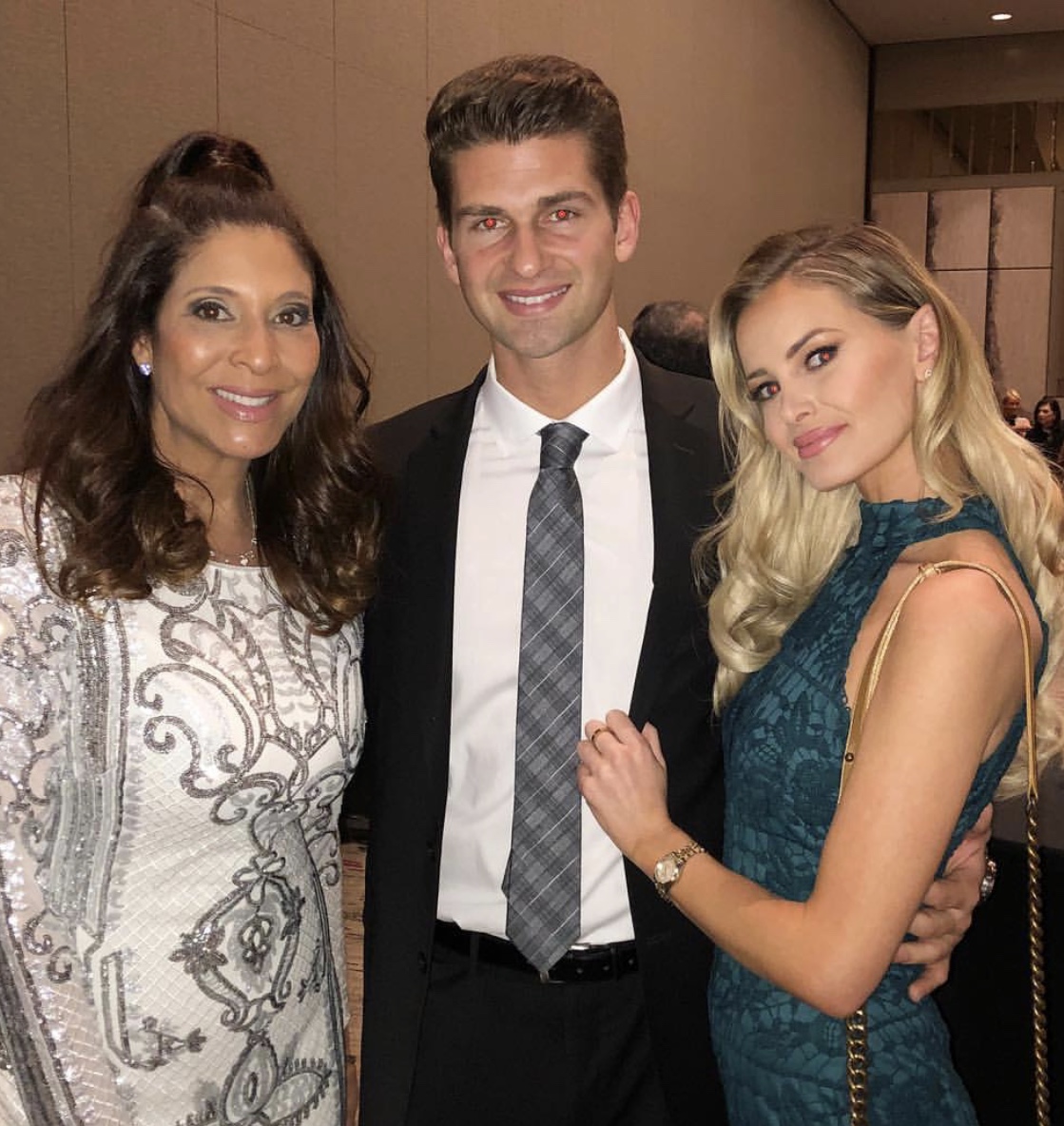